Castle comes roaring back in season 7 with the best showing since the first season. Despite a few missteps, this season really delivers. Here’s our take: 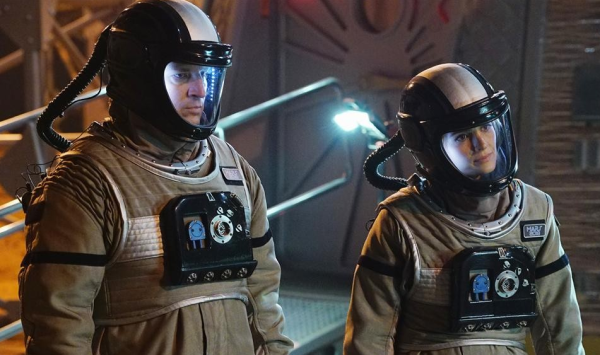 This season’s average is 6.2, much better than the previous season’s 5.4, buoyed up by no less than five episodes scoring a full 10.

Season 7 shakes up the established formula as Castle and Beckett get married and Castle starts his own private investigator business as a way of continuing to work cases after being barred from officially consulting with the department. These developments give the characters some new areas to explore and lead to some great episodes. Other changes are not so productive. After resolving the case of Beckett’s mother last season, the writers felt obliged to shove in another long-running personal mystery for the team, which leads to Castle disappearing on his and Beckett’s wedding day only to resurface two months later with amnesia. This storyline never gains any traction, only acts as dead weight on the season, and eventually just sputters out to an uninteresting conclusion.

The season’s worst episodes, though, are a blast from the past, as Castle’s personal serial killer returns yet again in “Resurrection” (0.5) and “Reckoning” (1). There’s nothing new to see here, just the same old overused bag of tricks. “Reckoning” at least ends with a satisfying conclusion as the team finally pulls itself together to deal with the killer once and for all, but it’s a real slog to get there.

But we can forgive this season its missteps when it delivers an amazing five (five!) episodes that win full marks from us. “Child’s Play” has Castle and Beckett looking for clues to a murder among schoolchildren. It is always a delight to see Castle’s goofy joy at dealing with children, and Nathan Fillion plays him with a warmth and humor that are so rare to see in men on screen. “Kill Switch” puts Detective Esposito in a tense stand-off that gives one of our favorite side characters a chance to shine. “Last Action Hero” is a fun-filled homage to action movies as the team investigates a crime among a group aging action stars. “Castle P. I.” gives the characters some room to grow as Castle starts up his private investigator business. And “Private Eye Caramba!” delves lovingly into the melodramatic world of telenovelas. With a mix of the serious and the silly, these episodes deliver the whimsy and crackling case-solving we love Castle for.

Image: Castle and Beckett investigate a murder in a Mars mission simulator in “The Wrong Stuff” via IMDb

One thought on “Rating: Castle, Season 7”