Overall, season 5 of Castle gets our lowest rating for the series, but that doesn’t mean there aren’t some great episodes worth going back to. Here’s how we rated it: 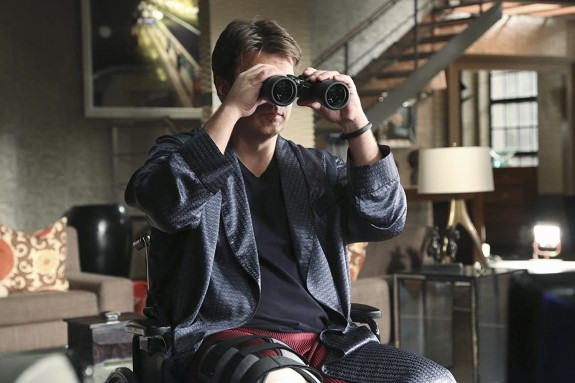 There are a bunch of decent episodes this season in the 4-6 range, but there are also a lot of bad episodes (including some utterly awful ones) that drag the average rating down to 4.7, a little less than season 4’s 4.8. The overriding problem this season is the push to squeeze more drama out of a series built on quirky mystery capers and fun characters. Whether it’s the saga of Beckett’s mother, the return of Castle’s own personal serial killer, or the overdrawn relationship drama between Caste and Beckett, every attempt to inject seriousness and angst into this series just falls flat and takes the air out of everything that makes it great to begin with.

The urge for drama is certainly the problem with the worst episodes of this season, “Target” and “Hunt,” a two-parter which gets a rare double zero from us. These episodes don’t feel like they belong in Castle in the first place. Instead of a murder-of-the-week in New York with some entertaining shenanigans by Castle and the gang, we get an underbaked attempt at a spy action thriller when the abduction of Castle’s daughter Alexis brings his long-absent father out of the woodwork, and he turns out to be, like, geriatric James Bond or something. This episode features two of our least favorite tropes: hurting a woman so that a man can have feelings, and a strained father-son relationship. Yuck.

On the other hand, this season does deliver some great episodes that live up to the best of the Castle crime comedy goodness. “The Final Frontier,” at 8, is a fun romp around a sci-fi convention with a wink and a nod to Nathan Fillion’s beloved Firefly role. “Secret Santa,” at 9, sees the gang investigate the death of a flying Santa Claus and ends with a gloriously goofy Santa-vs.-Santa brawl. But the best of the season is “The Lives of Others,” a full 10, in which Castle, laid up at home after a skiing injury, thinks he’s witnessed a murder Rear Window-style in the apartment across the street. I won’t spoil the ending of this episode, but it’s a fantastic payoff that really celebrates the strength of the team.

There are episodes worth seeing this season, but there are definitely a lot we’ll skip on our next rewatch.

Image: Castle checks out the neighbors, from “The Lives of Others” via IMDb