I’ve been reading more fantasy lately than is typical for me. One of the novels paid more attention to everyday colors than Anglo-American fantasy writing tends to do, which turned my brain onto thinking about colors in our environments.

This photo of a tree-lined road with masses of flowers in Parkview, Johannesburg, South Africa, certainly grabbed my attention:

It’s not that I haven’t seen purple or fuchsia flowers on trees or bushes, or tree-lined roads, or tall trees. I just haven’t seen tall trees with purple flowers lining roads before. Fantastic!

Image by traveltrotters_za, found via Isle of Skye on Tumblr

As a kid, I spent time playing in the small wooded areas nearby and imagined all sorts of critters living there. I know I did, but at some point I lost the ability (or willingness, or perhaps leisure? I remember an increase in homework around the same time). By the time I read of the enormous woodlands in Tolkien’s Lord of the Rings, I remember having trouble imagining the really large trees of Lothlórien or Mirkwood, or how Ents might be mistaken for trees.

You see, I grew up two hours south of the Arctic Circle. We have woods up there, of course, thanks to the Gulf stream. The trees may not necessarily grow very big, however—although there are exceptions—and the ones that do grow tall tend to be relatively thin and arrow-straight instead of bulky and gnarly. (Two examples here and here. Both are further south than where I grew up, but nevertheless very similar.)

So, even I can easily imagine how a forest might invoke stories of elves, trolls, ents, and other creatures on the basis of photos of Wistman’s Wood in Dartmoor, Devon, England. 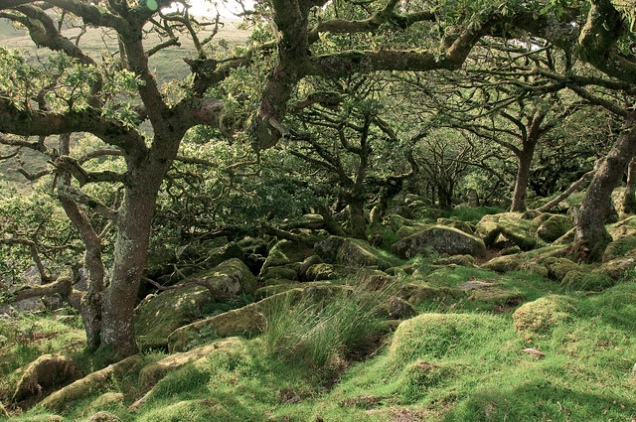 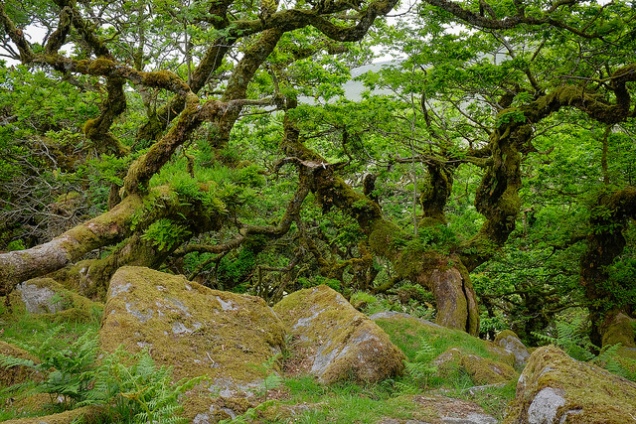 Isn’t it breathtaking? It’s like there are Ents about to walk out from behind a tree at any moment!

Since 1991, in Gentilly, Quebec, the residents have held an annual giant pumpkin competition—and boat race!—called Potirothon. The name is a portmanteau of potiron and marathon.

After weighing the entrants, some of the giant pumpkins are carved into 1-seater canoes and raced on the Bécancour River.

The Potirothon race is so awesome! Although pumpkins aren’t new to me anymore, the giant variety is. This is also the first I hear of carving the giant kind. My mind immediately went to an alternate Shire, or maybe another secondary world where humanoids of a smaller stature might want to use giant hollowed-out gourds / fruit / plants as transport. Or not even necessarily humanoids; intelligent beings of any shape or size.

Image via kanbukai at Tumblr.

P.S. Scandinavia and the World made a comic about Potirothon!