This panel from a slew of Texts from Shakespeare Characters totally cracked me up: 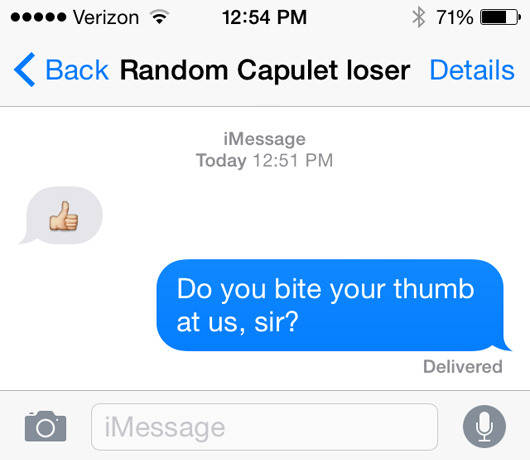 phone owner, NOT a Capulet loser: “Do you bite your thumb at us, sir?”

An insightful combination of Shakespeare and modern tech and culture. Dare I say it: thumbs up!

Image: Texts from Shakespeare Characters from SparkNotes’s SparkLife, found via Abbie A. Aaronson on Tumblr