The Derinkuyu (also known as Malakopi) underground city is situated in the historical area of Cappadocia, which is in Central Anatolia in modern-day Turkey. And it’s pretty astounding.

Apparently, underground cities were A Thing thereabouts: according to Wikipedia, there are over 200 of them. Looking at the landscape, it’s no wonder. 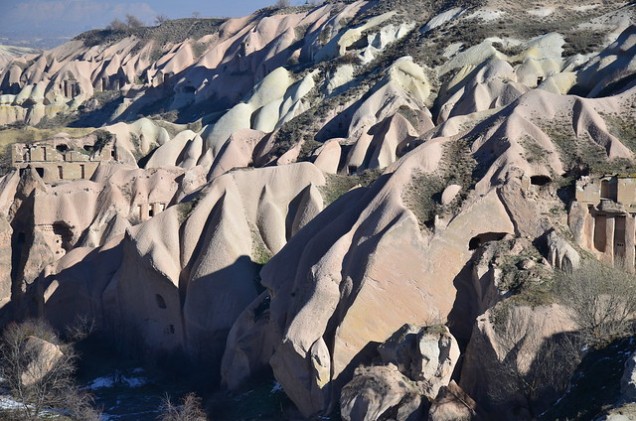 Much of the rock is easily accessible, i.e., not covered by layers and layers of vegetation, and there are plenty of rock faces to carve into.

The first mentions of underground dwellings in Anatolia come from Xenophon’s Anabasis (c. 370 BCE), but they were probably built much earlier as places of refuge from attacks. Derinkuyu seems to have been in use for millenia: the last recorded use was at least as late as 1909.

According to a tourism site, there are about 600 entrances to the underground Derinkuyu, and some can be closed with a door resembling a mill stone.

In addition to tunnels and rooms themselves, there are other notable features. There are stairs, ventilation shafts, wells, and storage areas with nooks and crannies of various shapes, including wine troughs.

Clearly some areas were left in quite rough shape. 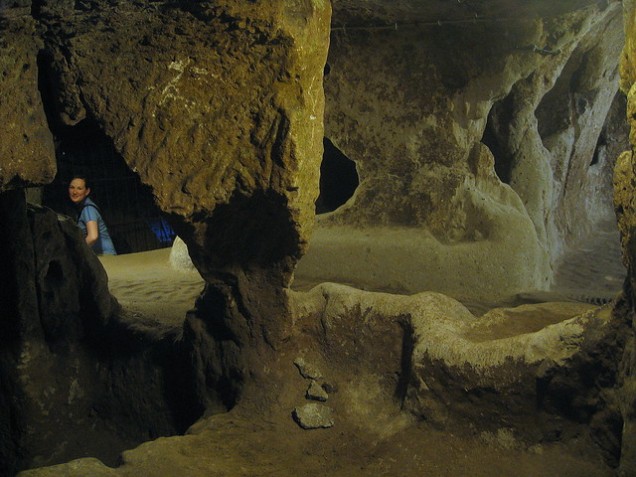 Others were carefully detailed. For example, there is a room with a barrel-vaulted ceiling.

At its largest, Derinkuyu seems to have been able to house 20,000 people and their livestock and supplies.