Alunaria, over at Alunaria’s Avenue, has proposed a holiday challenge: stay away from the griping, grousing, and general grinchiness about World of Warcraft that’s all to easy to find these days and post something positive instead.

One of my absolute favorite world quests is the Slippery Slopes near Kennings Lodge in Tiragarde Sound. You get to race down an icy course on a penguin pretending to be your sled. 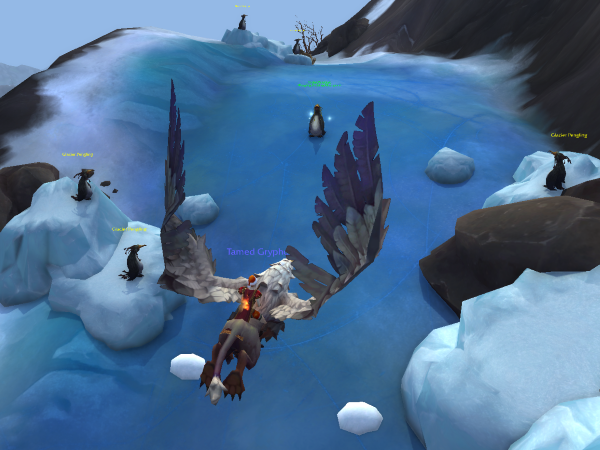 Also, Erik just told me that the quest can pop up in three locations altogether, and you get an achievement for doing all three. I’ve only seen it near Kennings Lodge—bad luck there—but now at least I can keep an eye out!