I’ve been meaning to share this for a while now, but something or other was always supposedly more important or interesting. No more! 🙂

The Viking Age Sigtuna, Sweden, was formally founded around 980 AD, and it was a much more cosmopolitan city than thought before. According to new DNA analysis, approximately half of city’s population were immigrants. 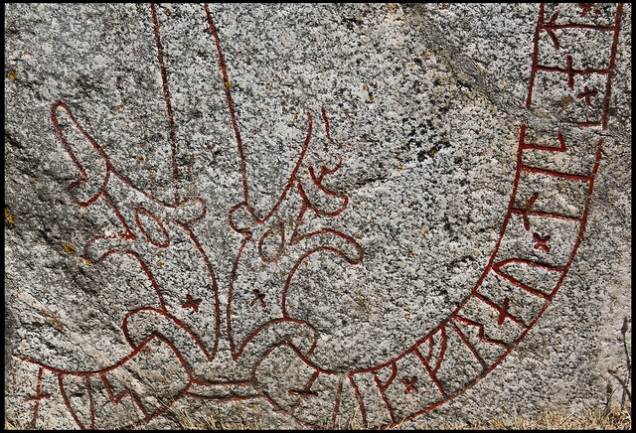 The study looked at the remnants of 38 individuals who lived and died in Sigtuna between the 900s and 1100s CE, and included other scientific approaches as well (like analysing the strontium isotope contents of the residents’ teeth).

Roughly half of the population grew up in the near-by region Mälardalen (the Mälaren Valley, or Stockholm-Mälaren Region). The other half arrived either from southern Scandinavia (including Norway and Denmark) or further away. The long-distance immigrants came from the British Isles, Ukraine, Lithuania, northern Germany, and other parts of central Europe, and were more likely to be women than men (approx. 70 percent of women vs. 44 percent of the men).

I guess I’m by far not the first woman to fall in love with a Viking and to move far away with him. 🙂

Image: section of a Viking rune stone from Sigtuna by Guillén Pérez on Flickr (CC BY-ND 2.0)