Steampunk is something I only dabble with from time to time, not a steady favorite. That’s why I wasn’t expecting much when I saw someone recommend a steampunk band called Abney Park, but I nevertheless checked out the video the person linked to. Then I listened to another song. And another. Then life intervened. A couple of days later I noticed myself humming something I didn’t immediately recognize. Eventually I figured out it was “Tribal Nomad,” one of the Abney Park videos I’d seen:

If it sticks so efficiently, I figured there has to be something to it and poked around more. I don’t think I’ll ever be a fan of their visuals, but the combination of folk plus industrial instruments has really grown on me. Also, Abney Park isn’t stuck with one style but has great variety. For example, “The Clone Factories” has more techno / trance overtones:

They also have a version of a popular Russian folk song “Katyusha”:

Katyusha – Song from Abney Park’s new album, The Circus At The End Of The World by abneypark

No wonder it seems like Abney Park’s got it down: they’ve been around since 1997 and have almost two dozen albums under their belt. Nice going.

I will definitely adding Abney Park to my playlists!

Found via Nörttitytöt. Thanks for the rec, Mikko! 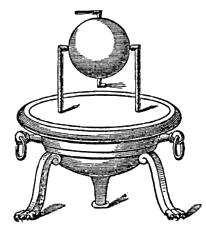 The Roman empire had a problem. It was just too big. When a crisis developed on one frontier, it could take weeks for the emperor to hear about it, then months or even years to move troops and supplies into position to deal with it. The large frontier army consumed supplies which had to be delivered at great expense from the agricultural heartlands. The roads built by the Roman army helped make all this travel faster and easier, but if the Romans had built railroads they could have made it much easier still. A Roman empire with railroads might not have fallen apart in the fifth century CE. So why didn’t the Romans build them?

The obvious answer is that they didn’t have the technology of steam power, nor the resources of coal and iron needed to build a functioning railroad. It’s a good answer, but like many such obvious answers it’s missing something.