Now that summer is properly on the way here in the northern hemisphere, it’s time for summer critters. This aqua-blue-brown lizard, Anolis grahami, would make a lovely detail in speculative—or, indeed, in any kind of—story-telling.

In the real world, they’re endemic in Jamaica and an introduction to Bermuda. According to Wikipedia, occasionally you can see a pure turquoise blue lizard. 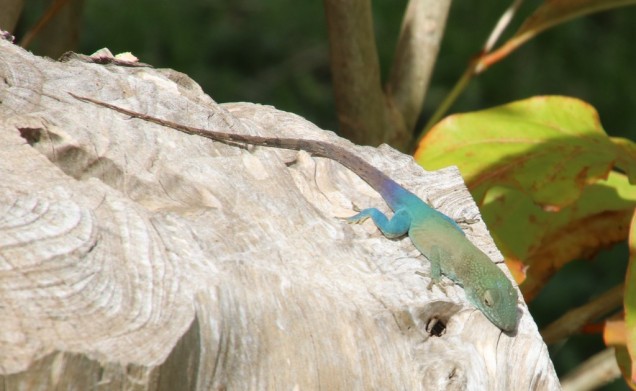