Earlier this year, the Smithsonian African American Museum of History and Culture screened the superhero movie Black Panther as part of their programming. 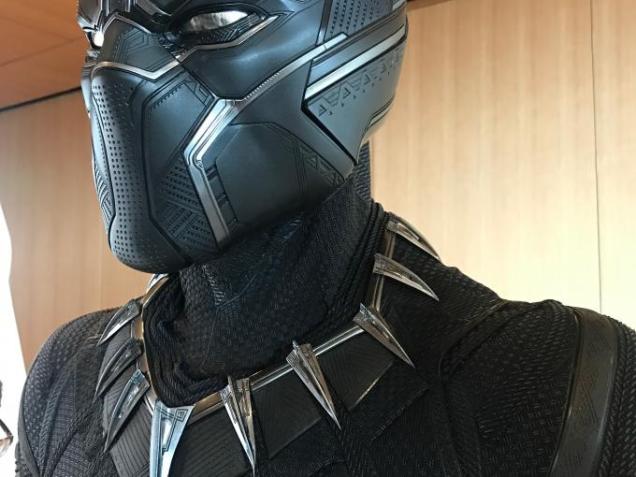 Now the museum has plans to incorporate the movie into their collections in a larger way:

“Black Panther is the first superhero of African descent to appear in mainstream American comics, and the film itself is the first major cinematic production based on the character. Black Panther illustrates the progression of blacks in film, an industry that in the past has overlooked blacks, or regulated them to flat, one-dimensional and marginalized figures. The film, like the museum, provides a fuller story of black culture and identity.”

Interesting! “Plans for display … are under consideration” definitely sounds like museum speak for planning a permanent exhibit. 🙂 In the meanwhile, the collection spotlight blog post, “Wakanda to Smithsonian”, includes a few images of the Black Panther hero costume (armor) on the premises.