Finnish author Johanna Sinisalo’s novel The Core of the Sun (Auringon ydin, translated by Lola Rogers) was voted onto the BSFA Awards 2016 longlist for best novel. 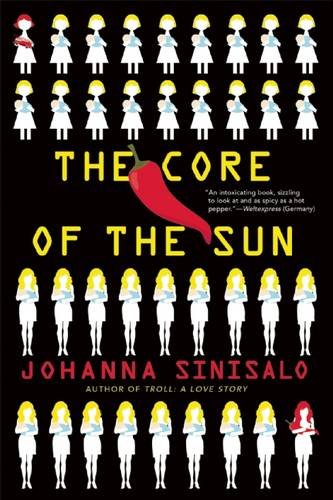 The BSFA Awards are awarded each year to the best Novel, Short Fiction, Artwork and work of Non-Fiction as voted for by the members of the British Science Fiction Association. BSFA members can vote on the longlist to draw up a shortlist between January 01 and January 31. The shortlists for these four awards will normally comprise the five works in each category that receive the most individual nominations by the deadline.

Congratulations! I’m looking forward to hearing whether Sinisalo makes it onto the shortlist.

Incidentally, Sinisalo is one of the guests of honor at Worldcon 75 in Helsinki this coming August.

One thought on “Johanna Sinisalo on the BSFA Awards 2016 Longlist”