Jareth: “You remind me of the babe.”

Jareth: “The babe with the power.”

Jareth: “Remind me of the babe.” 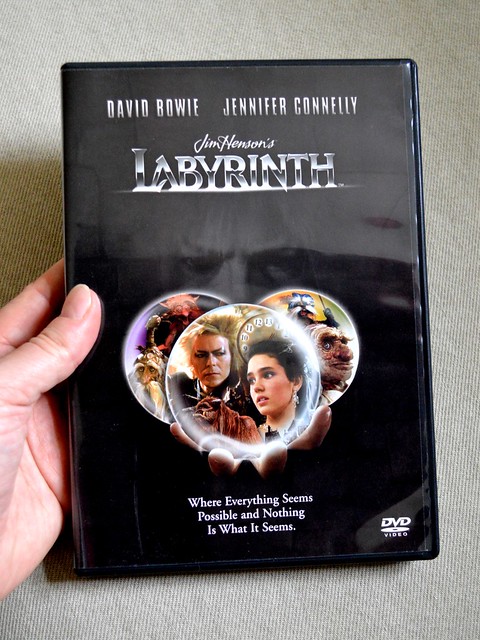 This year marked the 30th anniversary of the release of Labyrinth by director Jim Henson. This past weekend FantomEvents ran some special Labyrinth showings in theaters. We didn’t go due to schedule issues (=work, work, work) but instead watched it at home.

As a geeky kid of the 80s, I have very fond memories of the movie. It’s mostly because of its visuals, but I do like the fantastic lines – great for learning English with – and voice acting as well. 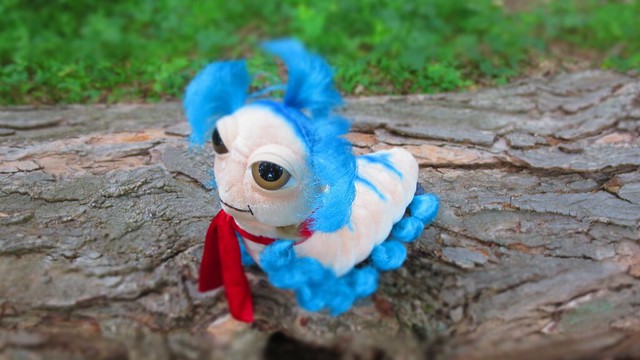 (One of my very first tastes of dialectal / regional English!)

If my memory serves, the puppetry effects in Labyrinth are mostly better than in The Dark Crystal, Jim Henson’s previous fantasy movie. (Note to self: Find out if I can rent / stream The Dark Crystal. Local library to the rescue!)

Some of the songs, too, have become long-time favorites, especially “As the World Falls Down” by David Bowie.

As a kid, I didn’t really understand how someone could like Bowie’s music, but that one song opened my eyes. (Ears?) I still love it, and the ballroom scene with its floating props.

Bonus find: Stephanie at Make and Tell shares her “the babe with the power” wall art printable.

Images: Labyrinth DVD case by Eppu Jensen. “The Worm” from Labyrinth by leeno on Flickr (CC BY-NC-ND 2.0). The babe with the power printable by Stephanie at Make and Tell.