The Greek military writer Polyaenus recounts this story about the Parthian princess Rhodogune: 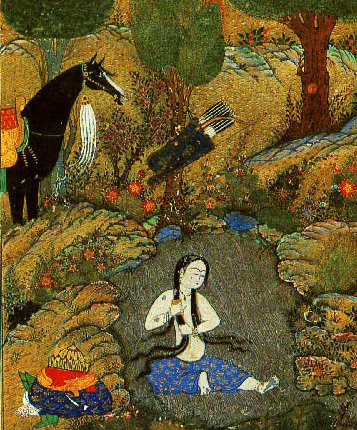 Rhodogune was bathing and beginning to wash her hair. A messenger came to report that a subject nation was in revolt. Without washing out her hair but just tying it up as it was, she mounted her horse, led out the army, and swore an oath that she would not wash her hair until she had put down the rebellion, and indeed, after long fighting, she triumphed. After her victory, she bathed and washed out her hair.

So, the next time you’re having a bad hair day or just can’t be bothered to do anything but tie it back, you can tell the world you’ve got rebels to fight and the hair can wait.