When characters in fantasy fiction sit down to a meal, we have a pretty god idea of what to expect. If the setting is Europe-ish, you can count on hearty bowls of stew, roasted meats dripping with savory juices, ripe wheels of cheese, and maybe a little bread to dab up the sauce with. If the setting is Asia-ish, expect sizzling pans of vegetables and fish, skewers of meat steaming with spices both hot and sweet, and maybe a little rice to dab up the sauce with. (And I’m sure some of you out there who have read books I haven’t can tell us what food to expect in Africa-ish, Americas-ish, or other-ish settings.) The trouble with this picture of food is, historically speaking, it’s backwards. The sizzling meats, steaming vegetables, and spicy sauces are not the food. The bread, rice, and other grains are the food.

Everyone needs to eat. The human body requires a certain number of calories and a combination of proteins in order to function. All over the world, human cultures have evolved food traditions that deliver those requirements for the majority of people. (We wouldn’t be here if they hadn’t.) In the richer parts of the modern world, we can afford to worry about how much fat, salt, sugar, and other bad things we put in our bodies. For most people throughout history, the bigger problem was getting enough of the good things.

Meat was out of the question for most people most of the time in agrarian societies. Animals consume vast amounts of fodder and water compared to the nutritional value of their meat. For people on the coast, fish could be a viable source of nutrition, but most coastal fish stocks are not large enough to sustain a large human population on their own. Vegetables are efficient at turning water, soil, and sun into things people can eat, but not all plants can sustain a whole society. For a staple crop you need something that is easy to grow in large quantities, that grows quickly, and that has a high yield of calories and proteins for the land it takes up and the labor it takes to grow. In most of the world’s inhabited environments, that means one thing: grains. 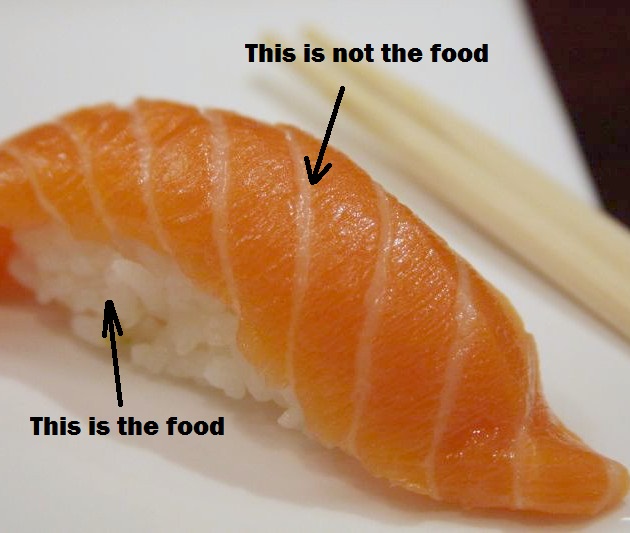 The variety of grains grown and eaten around the world is enormous: barley, corn (maize), millet, oats, quinoa, rice, rye, sorghum, spelt, teff, and wheat are just a few of the major types, each with many sub-varieties. Some other non-grain plants have also been important as staples, such as potatoes, yams, and taro. What these plants have in common is that they are rich in carbohydrates. These carbohydrates provide most of the calories that made up historical diets. It could come in many forms: raised bread, flatbread, porridge, pasta, or just whole cooked grains. Traditional food from most parts of the world consists of two things: a big pile of carbohydrates and a little bit of whatever meat scraps, fish bits, cheese, vegetables, or spices you could scrounge up to put on top of it so it didn’t taste like you were eating a big pile of carbohydrates. For most people in most pre-industrial societies, that’s the food.

Imagining a world that does not work like our modern world means imagining all its pieces, even the ones that seem trivial, like what’s for dinner. Those of us who live in the richer parts of the industrialized world today have a lot of choices about our food that just weren’t available to most people in the past. So, if you’re a responsible writer, you look at histories and primary sources to get an idea of what people in societies similar to the ones you’re inventing ate, but even there you’ll run into problems because the primary sources of almost any age are mostly written by, for, and about the rich.

For much of history, only the rich could afford to eat what they liked on a regular basis and they gravitated towards foods that were meaty and rich in fats, salt, and sugars, which are more expensive to produce than basic staple grains—thus showing off their wealth—and taste better, too. Whenever poorer people could afford to, they tended to emulate the food of the wealthy as a way of asserting social status (and eating something that didn’t taste like cardboard for a change). Historical cookery books and accounts of feasts tend to focus on these richer dishes because, for one thing, they were more interesting than the usual carbohydrates and, for another, everybody already knew about and expected the carbs.

As important as primary sources are, we have to handle them carefully and critically. If we don’t have contrasting sources to compare them against (because not a lot of peasants wrote books about what they ate for dinner), we have to hold them up against economic and social realities. The reality for most people was that meat was expensive, vegetables were seasonal, and sugar, fat, salt, and spices were precious luxuries reserved for special occasions, if you could get them at all. 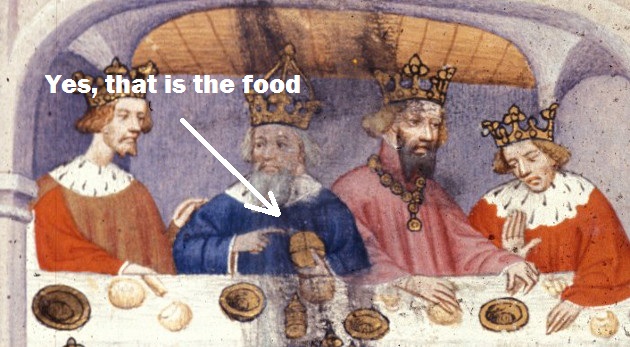 3 thoughts on “This Is Not the Food”