Bede’s World, a small museum in Jarrow, Tyne & Wear, Northumbria, dedicated to the Venerable Bede and 7th-century England, shut down its operations in February 2016. 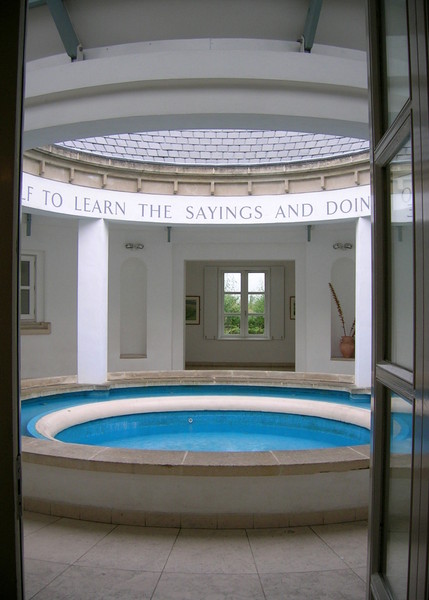 In addition to indoor exhibits, the museum includes several replica wattle and daub buildings, modeled on structures excavated in Anglo-Saxon Northumbria and built with original materials and contemporary methods. On the grounds there is also a herb garden and a working farm with a small collection of rare breed animals resembling those that lived 1,300 years ago.

The museum issued the following statement:

“It is with great regret that the Trustee Board took the decision for Bedes World [sic] to cease operation from Friday 12 February 2016 due to a lack of funds.

“Steps are being taken to put the company into administration through the appointment of an Insolvency Practitioner.

“The Trustee Board have made arrangements for the immediate care of the farm animals and the security of the site.

“The Board would like thank all staff, volunteers and stakeholders for their hard work and dedication to Bedes World. [sic]”

Fortunately, only a few weeks afterwards better news surfaced: a new operator was found to run the site. At this writing it isn’t clear what their plans for Bede’s World are, though. (Follow this link to read the statement by Groundwork South Tyneside and Newcastle, the new operator.)

Found via Anne Bennett and BBC.