Quiz time! We took the Which Starship Would You Command quiz. Here are the results:

1) What do you think is the most important quality or feature for a starship?

Erik: Ability to withstand powerful forces [‘Cause, you know, I bet there’s a lot of those in space.]

Eppu: A good collection of scientific instruments, weapons, and engineering tools. [Be prepared! Things are going to break, and in space you want to be very, very prepared when something breaks.]

2) What kind of crew would you want to have on your starship?

Erik: A family of versatile and multi-talented members with a strong purpose. [I figure being versatile with a strong sense of purpose is important if you’re in danger of being stranded millions of light years out in space.]

Eppu: Same [A good-enough compromise between looks and utility; also, I don’t need that question answered.]

4) You’re out exploring space, when you come across a ship belonging to a new alien species you’ve never encountered before. What would you do?

Eppu: Stealthily observe them from afar to determine if they’re hostile before opening communications. [I guess one of these days I’ll find myself in a “bath” that’s getting hotter in minute increments… 😉 ]

Erik: Same [I don’t like talking to people to begin with. Even more so if they’re hostile.]

5) You’re out patrolling the stars when you get a distress call from a civilian freighter that has been damaged somehow and drifted into the territory of a hostile, angry alien race. They’re asking for help. What do you do?

Erik: Approach the border cautiously, broadcasting to the hostile alien empire that we come on a mission of mercy. [But if I have to deal with hostile folks I’m going to let them know that I’m not here to cause trouble.]

Eppu: See if there’s any way I can quietly and sneakily cross the border to try and reach the freighter. [Quick, before the hyena come!]

6) Pick which uniform you’d like your crew to wear.

Eppu: Han Solo’s outfit [‘Cause pockets! This is a pet peeve of mine. We’ll need pockets in the future, too. So many sci-fi outfits are ridiculously lacking in practical details.] 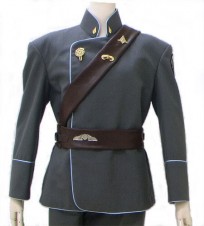 Erik: Battlestar Galactica uniform. [Eh. What can I say? I’m a sucker for a nice sash.]

7) What kind of captain would you like to be?

Erik: Wait, lead? I’m in charge? Whose idea was that? [I’m like the guy who sits three chairs down from the navigator in the staff meeting and has one line explaining why the people on this planet are offended by the color orange. Don’t put me in charge of nothin’.]

8) Pick a color scheme for your ship’s hull.

Erik: Traditional Chinese bridge. [It’s elegant and tranquil. I go for that.] 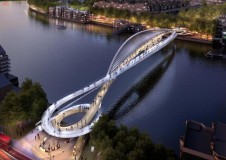 Eppu: Graceful curves and loop at one end [Loop-de-doo!]

10) You receive a communication from an off-world colony, which says they’ve encountered a new life form and would like you to assist. What would you do?

Eppu: I’d bring a science team to investigate the new life form. [No word on danger, so study it is!]

Erik: Same. [Because that’s what I do: I investigate the heck out of things.]

So, apparently we both would command… 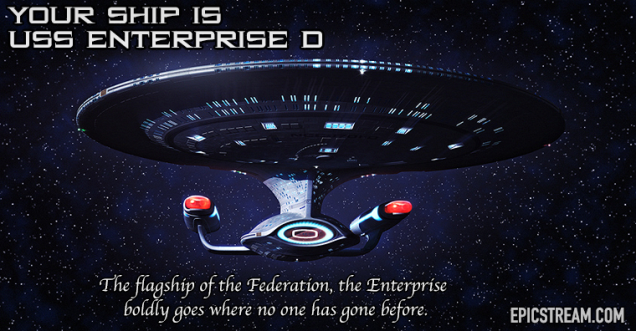 Q&A is an occasional feature in which we share our responses to quizzes, questions, and quirky ideas for your entertainment.