Our next series up for rewatching and rating is Murdoch Mysteries, a Canadian show about a scientifically-minded detective at the turn of the twentieth century. This show combines the spirit of Sherlock Holmes with a touch of steampunk as Detective Murdoch loves to tinker and invents everything from the lie detector to internet catfishing in the service of Victorian crimefighting. Here’s our take on the first season:

Murdoch Mysteries gets off to a good start with an average rating of 5.3, modest but respectable. It takes the series a while to warm up as the actors find their roles, but by the end of the season our favorites are all on the screen: the thoughtful, soft-spoken Detective Murdoch; the erudite, self-assured medical examiner Dr. Ogden; the pugnacious Inspector Brackenreid; and the whimsical but good-hearted Constable Crabtree. This season mostly plays as a fairly standard police show, just set a century ago, but by the end of the season you can see the team starting to have fun with the series’ trademark of transposing modern ideas into a Victorian setting, suitably adapted to the society and technology of the time.

Most of this season’s episodes are solidly in the middle range from 4 to 6, competent but not always inspired, but there are two outliers, one in each direction. The lowest-rated episode is “Belly Speaker,” a 2, about a mentally disturbed ventriloquist who seems to be confessing to murder through his dummy. This episode was probably meant to be a tense psychological thriller that keeps the audience guessing, but it’s just a one-trick pony. One-trick ponies can be entertaining if the trick is good enough, but this one’s trick is a puppet with a bad attitude and a super annoying voice. It’s not enough.

On the other hand, the season goes out with a bang in “The Annoying Red Planet,” at a full 10, in which a dead body mysteriously lodged in a tree leads to fears of alien visitation and an international conspiracy. This episode deftly weaves together contemporary speculations about life on Mars and phantom airships with the tropes of modern political thrillers and UFO narratives. It also introduces one the series’ most delightful recurring characters in the mysterious man in (a) black (top hat), Terrence Myers.

Are you a Murdoch fan? Got a take of your own on season 1? Let us know!

“The brain requires a constant flow of oxygen. Or tea.”

That certainly was my mood this morning. Still not quite sure I’m awake a few hours afterwards…! 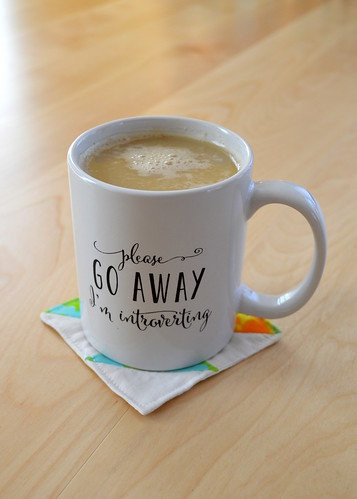 One recent introduction in our tv diet is Canadian detective fiction series Murdoch Mysteries. It’s based on novels by Maureen Jennings and set in Toronto during the 1890s and early 1900s. The series includes historical characters (Winston Churchill, Alexander Graham Bell, Emma Goldman and others), inventions (fingerprinting), and events (the Great Fire of 1904 in season 10) in their fictitious plots, and often hints at or spoofs future phenomena (telefax, sonar, Area 51).

Although not without issues, Murdoch is fun and interesting in its approach to history. Even if the Victorian era hasn’t ever really been my cup of tea, the production manages to make the era feel alive, not stuffy or staid.

And while I know just barely enough of Victoriana to say that feature X in Dr. Ogden’s dresses looks a little odd, or feature Y on that building appears historical, most of the time I’m guessing. It’s therefore nice to run into a historical detail that looks to have informed elements on the set, like this beer refrigerator from 1899:

The image comes from a catalog of by L. H. Mace & Co. of New York, currently in the Smithsonian Libraries collections. (It’s also very interesting to note that this fridge was actally sold and marketed as a beer fridge, specifically.)

In the earlier Murdoch seasons, there used to be an ice cabinet for storing smaller body parts in addition to larger cadaver drawers. I don’t happen to have a screenshot handy, but fortunately the fridge appears in the background of a few random shots on the Internet: in the photo below, behind Dr. Julia Ogden and Detective Murdoch on the right…

…and behind Dr. Emily Grace in the photo below:

It’s such a great detail it’s a shame that at some point when the set was re-decorated it seems not to have made the cut. I will have to try to get a better screenshot of it when we re-watch.

Images: A beer fridge from 1899 via The Smithsonian Institution on Tumblr; Dr. Julia Ogden and Detective Murdoch via Scannersuniverse; Dr. Grace via Pinterest