“What race were the ancient Greeks and Romans?”

It sounds like a simple question that ought to have a straightforward answer, but both the question and its answer are far more complicated than they appear. In this and some other posts, I dig into the topic to explore what we know, what we don’t know, and what we mean by race in the ancient Mediterranean world. 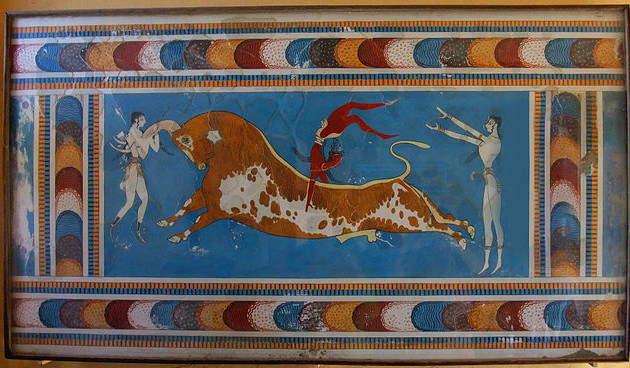 Race as we know it today is an invention of European imperialism in the last five hundred years. Because most of the world was touched by European imperialism, whether directly or indirectly, race has become a vital category of identity for people in many parts of the modern world. Race creates distinctions that benefit some and disadvantage others, and—whether we agree with its effects or not—we cannot ignore or escape them. Most of us can readily identify ourselves and the people around us in racial terms, and we often have cause to do so.

The rules that govern racial identity are perceived to be less flexible than the rules that govern other categories of identity. In most (though, notably, not all) of the modern West, these rules are defined by an ideology that is problematic and not always compatible with lived experiences or scientific thinking, but whose components are grounded in three fundamental assumptions. According to these assumptions, race is:

Hereditary. Our race is defined by the race of our parents. A person with two black parents is automatically and necessarily black. Even people of mixed racial heritage can parse out their racial identity into specific proportions.

Immutable. We cannot choose or change our racial identity; a person born white can never be any race other than white, and the same is true of other races.

The ancient Greeks and Romans, and other peoples of the ancient Mediterranean, also recognized that identities are complex, made up of different categories, and that some identities have advantages over others. An ancient Greek sage (the quote is attributed to both Thales and Socrates) said:

(All translations my own.)

In addition to these categories—humanity, gender, and culture—other categories were important for ancient identity, such as legal status (freeborn, freed, or slave), language, occupation, citizenship, and family affiliation, but race, as we recognize it today, was not among them. No category matching the modern racial assumptions of biology, heredity, and immutability existed in Greek or Roman culture.

There is no word in Greek or Latin that corresponds to “race.” The nearest equivalent is “gens” in Latin or “genos” in Greek, both of which imply a group of people with a coherent cultural identity and a common ancestry. It is better translated as “tribe” or “extended family.” The idea of dividing people up on the basis of skin color would have made no sense to a Greek or Roman, nor would the idea of a category of humanity that did not differentiate between people from Greece, Spain, Ireland, and Ukraine.

Greek and Roman authors were aware of variations in physical features. The Greek philosopher Xenophanes, for instance, noted that different peoples imagine the gods as resembling themselves:

Ethiopians say the gods are dark and snub-nosed; the Thracians give them red hair and blue eyes.
– Xenophanes of Colophon, frag. 16

The Roman historian Tacitus similarly made suggestions about the origins of the Britons based on their physical characteristics:

The physical variety [of the Britons] is suggestive. The golden-red hair and burly limbs of the Caledonians shows them to be of Germanic origin. The colorful faces and curly hair of the Silures, plus their position opposite Spain, suggests their ancestors were Spaniards who came across the ocean.
– Tacitus, Agricola 11

Nevertheless, physical features were not regarded as sufficient to divide people into categories. Languages, customs, and ways of life carried far more weight. When the Greek historian Herodotus argued that the Colchians of the Black Sea region were related to the Egyptians, he dismissed the similarities of their appearances as unreliable and based his argument instead on similarities in their cultures:

It is evident that the Colchians are Egyptians… I guessed this myself since they are both dark-skinned and thick-haired, but that amounts to nothing since others are as well. A better proof is that the Colchians, Egyptians, and Ethiopians are the only peoples who have always practiced circumcision… [The Colchians] and the Egyptians produce linen in the same way; plus their ways of life and their languages resemble one another.
– Herodotus, Histories 2.104-5

Heredity mattered for defining identities, but not in the same way as in modern racial thinking. When Greeks and Romans looked to their ancestry for claims of identity, they discussed it in terms of descent from a specific (historical or mythical) individual, not collective ancestry. King Alexander I of Macedon (the great-great-great-grandfather of Alexander the Great) argued that he ought to be allowed to participate in the Olympic Games, which were open only to Greeks, on the grounds that he was a descendant of the Greek hero Heracles. (Herodotus, Histories 5.22) This kind of ancestral argument could even bridge cultural divides. When the Persian king Xerxes was preparing to invade Greece in 479 BCE, he sent emissaries to the Greek city Argos to persuade them to remain neutral and not join the other Greeks resisting his campaign. He based his argument on the claim that the Persians were descended from the Greek hero Perseus, who came from Argos, and so Persians and Argives, as distant relatives, should not fight one another. (Herodotus, Histories 7.150)

For many ancient authors, culture was far more important than heredity in assessing people’s identities. The Greek historian Dionysius of Halicarnassus declared:

For, in my opinion, Greeks are not distinguished from barbarians by name or language, but by intelligence and the inclination to proper behavior, and more than this by the fact that they do not behave inhumanly to one another. Those whose natures are of this kind, I think, ought to be called Greeks; those who are the opposite, barbarians.
– Dionysius of Halicarnassus, Roman Antiquities 14.6

Furthermore, identity was not always assumed to remain stable across generations. The last king of Rome, Tarquinius Superbus, was identified as a Roman, but his father, Tarquinius Priscus, was an Etruscan, whose own father, Demaratus of Corinth, was a Greek. (Livy, History of Rome 1.34; Dionysius of Halicarnassus, Roman Antiquities 3.46) This same instability applied on a collective basis. Many people in the ancient Mediterranean claimed descent from other peoples. Most famously, the Romans claimed to be descended from the Trojans, but some also claimed the Romans were descended from Greeks. Gauls likewise claimed descent from Troy. Jews asserted that the Spartans of Greece were their long-lost kin, while Tacitus declared that the Jews were descended from Ethiopian exiles. (Vergil, Aeneid; Livy, History of Rome 1.1; Dionysius of Halicarnasus, Roman Antiquities 1.31, 41-44, 60, 72, 89; Lucan, Pharsalia 1.427-8; 1 Maccabees 12.5-23; Josephus, Jewish Antiquities 12.225-7; Tacitus, Histories 5.2)

Even individuals might change their identities over time. The Greek physician Galen described his Roman clientele as:

… those who are born barbarians but cultivate the ways of Greeks.
– Galen, On the Preservation of Health 1.10

When we ask what race the ancient Greeks and Romans were, we are applying concepts that the people we are investigating would not themselves have understood. Acknowledging this fact is essential when we look to the primary sources to try to answer our questions. We cannot simply read ancient sources as if we were reading a modern newspaper or Twitter feed and assume that we can identify the people they describe as surely as if we met them on the street today. Looking for evidence of race in antiquity requires understanding what the ancient sources don’t say as much as what they do.

Other posts on Race in Antiquity:

4 thoughts on “Race in Antiquity: Identities”