There’s a lot wrong with Peter Jackson’s Hobbit trilogy, make no mistake. It is an overstuffed, poorly structured jumble of unnecessary action sequences, juvenile humor, and tedious subplots, all ending in an interminable final battle that makes neither narrative nor tactical sense. Still, not all the problems are of Jackson’s making, and there are some things it does right that deserve notice. 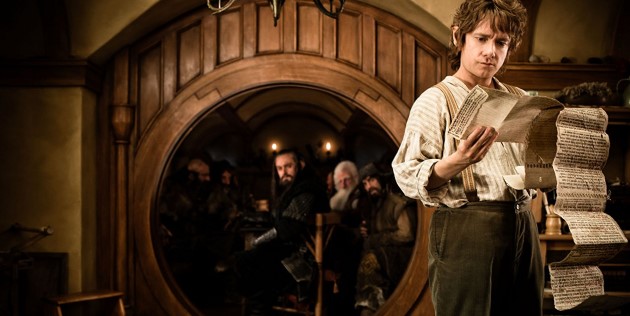 Many of the structural weaknesses in the plot come from Tolkien’s original. The Hobbit was a children’s book about Bilbo Baggins and a band of Dwarves having a series of random encounters on their way to a spectacularly poorly planned heist. The characters are for the most part so flat as to be interchangeable and the plot is little more than an excuse to trundle from one retold Nordic folktale to another. I loved the book as a child and I still have a great fondness for it, but it does not have the depth or cohesion of The Lord of the Rings. Jackson’s writing team put in heroic efforts to make thirteen distinct characters out of Tolkien’s lyrical list of Dwarf names and to fill in much of the background story that makes sense of Bilbo’s disjointed adventures. (To be fair, this fleshing-out work is also the source of many of the movies’ problems. On one hand, developing the Dwarves’ characters too often just provided more opportunities for out-of-place slapstick. On the other hand, filling in the gaps in Tolkien’s plot led to inventing new characters, which Jackson’s team too often fell in love with and allowed to take over the story.)

Despite these problems, some of the best moments in the trilogy are iconic scenes from Tolkien’s original that were put on screen with very few changes. Scenes like Bilbo’s riddling contest with Gollum in the depths of the Misty Mountains, Gandalf’s wily approach to Beorn, and Bilbo’s conversation with Smaug are rendered with a fidelity that shows a real love and respect for Tolkien’s creation. They are a delight to watch, even if they can’t make up for the rest of the films around them.

Even the less authentic scenes are often elevated by the quality of the performances. Ian McKellen, Hugo Weaving, Cate Blanchett, and Christopher Lee reprise their roles as Gandalf, Elrond, Galadriel, and Saruman with intelligence and gravitas. Andy Serkis gets to present a less desperate, more playful version of Gollum while Orlando Bloom performs a younger Legolas who is, as Tolkien said of the Mirkwood Elves, “more dangerous and less wise” than the character we remember from The Lord of the Rings. The newcomers to the series give it their best, too. Martin Freeman shows us how Bilbo finds his courage and taste for adventure without ever losing his Hobbitish love of home and comfort. The Dwarf actors, for all that they mostly get used for broad comedy, give their characters an individuality and personality that Tolkien never did. Benedict Cumberbatch is smoothly menacing as the voice of Smaug. Sylvester McCoy’s Radagast does a bit too much slapstick, but he also gives us a wild fresh take on wizardry that sits at the other end of the spectrum from Saruman’s aloof grandeur.

The sets, props, costuming, and other art direction live up to the high standards set by Weta in the first trilogy. From the ancient depths of Erebor to the workaday fishing village of Lake Town, from the rugged traveling gear of the Dwarves to the cold glamour of the Elvish king Thranduil, there isn’t a place, character, or object on screen that doesn’t show the art department’s commitment to creating a world that feels real and lived-in. Over it all, Howard Shore’s music is as rich and operatic as ever.

But the best thing about the Hobbit trilogy, though, the thing that redeems the whole troubled production and its many missteps, is not the films themselves but the discs full of extras that come with the extended editions. Most studios are content to slap in a few deleted scenes, a handful of trailers for unrelated movies, and maybe a couple five-minute promo interviews with the big-name stars talking about how awesome the movie is (seriously, movie studios, you don’t need to market your movie to the people who have already bought the DVD), but not Jackson & Co. Each of the Hobbit films comes with hours upon hours of in-depth documentaries on every aspect of the production, from concept art to final edits. These documentaries do more than go behind the scenes in the usual self-promoting Hollywood way. They also show us the false starts, the mistakes, the ideas that went nowhere and the things that went seriously wrong. You get a fuller appreciation of the good things in the movies when you see how hard it was to get some of them on screen.

The extra features are also well designed for usability. Everything is subtitled, which is great for those of us who don’t always hear well. The menus are easy to use and it’s obvious which item you’re choosing, unlike some discs which make you do a lot of tedious scrolling back and forth and use only a slight difference in color to tell you what button you’re about to hit. Every section tells you how long it is, so you can plan your watching accordingly. The Hobbit extras are the gold standard of how to do bonus features and I wish that more studios and franchises would take as much care both in what they offer for extra material and the functionality of their products.

The Hobbit trilogy is not great cinema. The whole does not measure up to the sum of its parts, but some of those parts are in themselves fascinating and beautiful. They make it worth going there and back again.

Image: Promotional still from The Hobbit: An Unexpected Journey via IMDb

7 thoughts on “In Defense of Peter Jackson’s Hobbit Trilogy”