WoWable has a fun new thing going on: a transmog contest! Check it out here.

This edition’s theme is the Darkmoon Faire, a monthly off-kilter carnival that brings players together for fun mini-games and profession quests. The transmog challenge is: “If your character lived/worked on the Darkmoon Faire, what would be his/her occupation?”

Here’s my dwarven hunter. If she worked at the Faire, she would be the in-house veterinarian because she loves all creatures great and small—but especially the great! A giant elekk is just a big puppy to her. Now, when you’re caring for weird giant animals from all over the world and beyond, that means dressing appropriately for the possibility of getting poked, bitten, and just maybe breathed fire on, so this is the sort of practical gear she would wear around the menagerie. 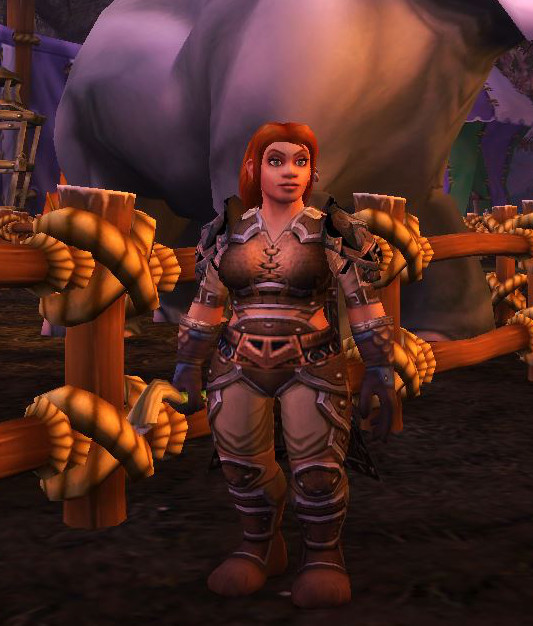 My dwarven windwalker monk would be a fire juggler at the Faire. I don’t really role-play her, but I think of her as a shamanesque monk, interested in the various elements. And as a windwalker, in my headcanon she’d be able to propel the torches in very showy ways. 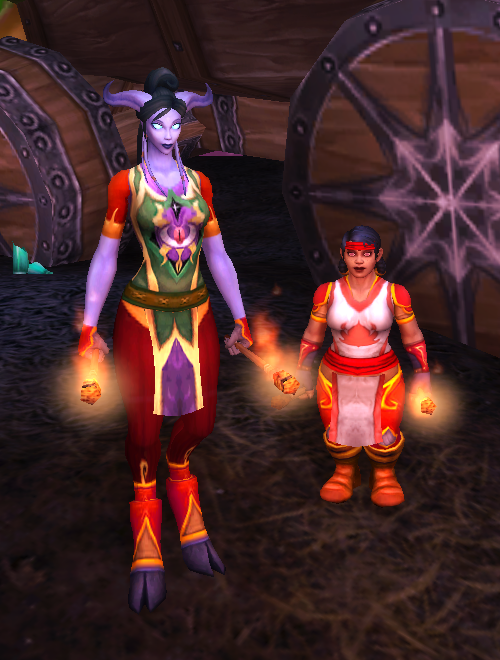 (And here’s the fire juggler set.)

This was fun. We look forward to the next challenge!

Leave a Reply to Lord of Icecrown Cancel reply